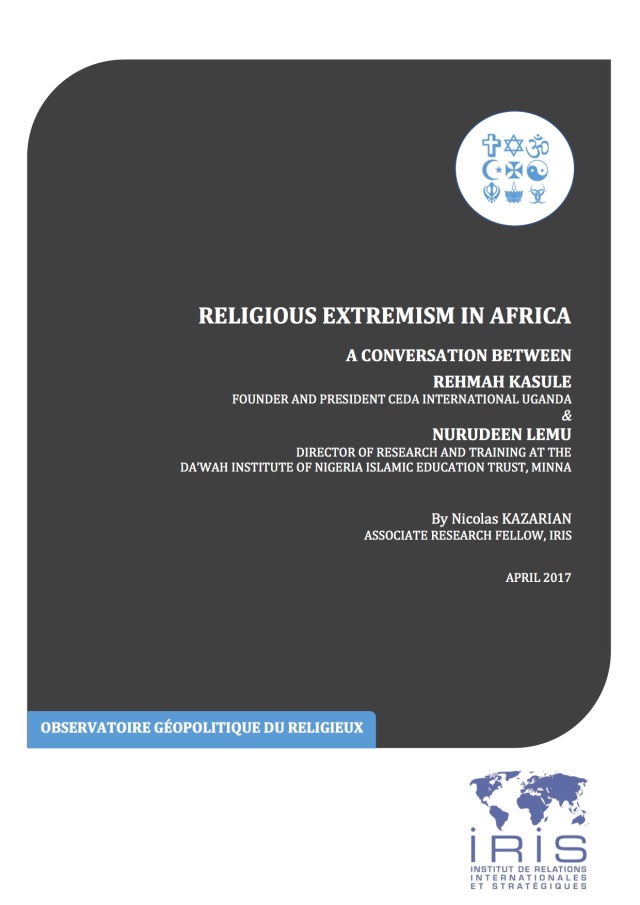 Nicolas Kazarian: In your opinion, what is the cause of religious extremism in Africa today?

Nuruddeen Lemu: Let me begin by attempting a working definition of ‘religious extremism’. I define it as the expression of extreme and unjust positions or actions taken by some adherents of a religion based on their understanding of a religious teaching or scripture, but which the majority of adherents regard as fanatical, unacceptable and unrepresentative of their faith. The adjective “extreme” here is negative and relative to the “moderate” or “centrist” position of the majority or mainstream. I will also assume that in this discussion, ‘religious extremism’ refers to the kind of extremism, which is expressed through violence.

Rehmah Kasule: When people talk about religious extremism, you realize that many still second-guess what religious extremism is. The media has come out with all kinds of popular jargon and brands all Muslims as “Terrorists.” We have also witnessed what is going on in USA with President Trump’s conviction that Muslims are dangerous and should therefore be banned from entering the country. Religious extremism has become  amplified such a way as to distort the public’s perception of the religion. Innocent Muslims become angered because the percpetion of their faith is being negatively distorted.